An historical talk Next month the DLHHS will be hosting the author, Mark Tedeschi AM QC, who will talk on his research into the trial of the men brought to justice for the 1838 massacre of 28 Aboriginal men, women and children at Myall Creek.

Apart from Mr Tedeschi’s prominence as the Senior Crown Prosecutor of New South Wales, to date Mark has published two true-crime books, Eugenia: a true story of adversity, tragedy, crime and revenge and Kidnapped: the crime that shocked the nation.

Mr Tedeschi’s soon to be published book on the massacre, Murder at Myall Creek, is based on Mark’s research into this crime and his deep, professional understanding of the colonial justice system within which some of the perpetrators were successfully prosecuted.

The focus of Mr Tedeschi’s talk is the role of the prosecutor in that case, John Hubert Plunkett. Although Plunkett’s position as Attorney General of NSW in the first half of the nineteenth century may not be well known to everyone, he can rightly be called “the Martin Luther King of colonial Australia” for his vision of a fair and unprejudiced criminal law system for Aboriginal people in New South Wales.

High Tea will be served after the talk, and there will be an opportunity to speak with Mark and purchase either of his two published books.

Below you’ll find some further reading relating to this topic – for the full story visit:    http://www.insidehistory.com.au/2015/08/the-myall-creek-massacre-the-trial-and-aftermath/

In issue 23 of Inside History, we explored the aftermath the Myall Creek massacre – one of the most harrowing episodes of Australian history, in which up to 28 Aboriginal men, women and children were murdered.

Here, Mark Tedeschi AM QC, the Senior Crown Prosecutor for New South Wales, looks at the trials that followed the massacre, in an extract from the second part of this series. (For an extract of part one, click here.)

In early September 1838, as news spread around New South Wales of the Myall Creek massacre and the arrest of 11 suspects by Police Magistrate Edward Denny Day, colonial society was split.

A clear majority took the position that the Aborigines were “lawless savages” who needed to be driven off the land so that the colony could continue to expand unhindered.

The issue provided a rare focus of unity between free settlers and convicts. Only a small minority considered that this was an opportunity to achieve justice for the victims of a terrible crime and to establish the rights of Aboriginal inhabitants to live without the threat of annihilation.

Meanwhile, the ringleader of the massacre, John Henry Fleming, continued to evade Magistrate Day’s searches for him.

The prominent Sydney Herald strongly supported the prisoners, advancing views that were widely held in the community at the time:

We want neither the classic nor the romantic savage here. We have far too many of the murderous wretches about us already.

The whole gang of black animals are not worth the money the colonists will have to pay for printing the silly court documents on which we have already wasted too much time.

*
On 15 November 1838, the 11 men who had been rounded up and charged by Magistrate Day stood trial in the Supreme Court of New South Wales before the Chief Justice, Sir James Dowling, and a civil jury of 12 freemen.

The case was prosecuted for the Crown by none other than the Attorney General, John Hubert Plunkett, and his junior Counsel, Roger Therry.

On the second day of the trial, the Chief Justice summed up the case for the jury in an exemplary and balanced manner. He told the jury this:

It is clear that a most grievous offence has been committed; that the lives of nearly 30 of our fellow creatures have been sacrificed.

In order to fulfil my duty, I must tell you that the life of a Black is as precious and valuable in the eyes of the law as that of the highest noble in the land…

The point you have just to determine is whether Daddy was the unfortunate man who lost his life as set forth in the indictment, or whether a man whose name is unknown to the Attorney General came to his death by violent means from the prisoners’ hands.

Attorney General Plunkett knew the trial had gone well, but he also knew that there was a tremendous amount of discontent in the community at the prosecution.

Would the jury convict the prisoners — 10 of them white — of the murder of Daddy or of an unknown Aboriginal man? A mere 15 minutes after retiring to consider their verdict, the jury returned to court and announced verdicts of not guilty for all accused.

Plunkett was appalled. In disgust, he immediately announced that he would be putting the accused on trial for a third murder — this time for the death of an Aboriginal child.

This was something that would never occur today, where the accused would be charged in the one trial with all the murders arising from the same incident. The Chief Justice remanded all the accused in custody to await a second trial.

*
On 29 November 1838 the second trial commenced before Justice Burton.

An unusually high number of men who had been called for jury service failed to appear, prompting Plunkett to request the judge to fine them severely. There were in fact insufficient numbers to make up a complete jury of 12. This was a good indication of the distaste that many people felt for the case…

The trial took just a day and a half, after which the jury retired to consider their verdict. They returned one hour later.

The foreman announced that the verdict was not guilty, however one of the jurors immediately informed the court that the foreman had delivered the wrong verdict and that the correct verdict was guilty. After a suitable enquiry, the judge entered verdicts of guilty.

The sentencing of the prisoners was delayed until after three Supreme Court judges could
hear argument to review the main decisions of law that had been made before and during the trial. 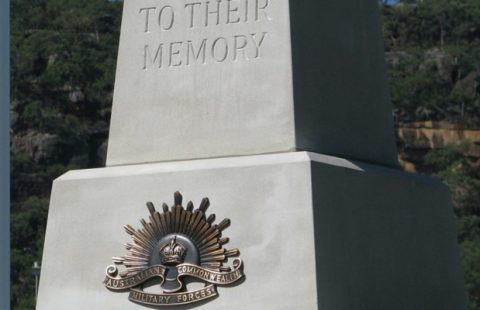